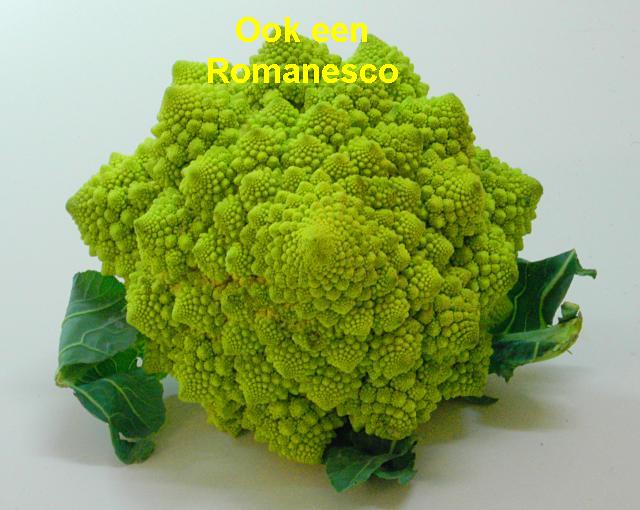 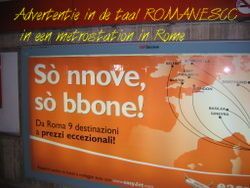 Originally Romanesco was spoken only inside the walls of the city of Rome, while the little towns surrounding the Eternal City had their own dialects; nowadays these dialects have almost disappeared and they have been replaced with a kind of Romanesco, which therefore is now spoken in an area larger than the original one.

After years of research by my uncle, Hein Romanesco to our ancestors, I gave him, Peter Romanesco , a family tree program on the computer to go.

This, for all the detective not to be lost. And for the future. And also for all new people speed up the code.

And certainly, for anyone to be able to provide those interested in their family history.

My enthusiasm was not, of course, failure, and I have for many years together with Ome Hein, me further deepened in the history of our family.

Until our great pleasure we later came to find a photograph (which the back was an address given America) learned that in 1854 one Josephus Romanesco had emigrated to America.

Then there is contact with the American Embassy, and there are several addresses came back, and are recognized by Ome Hein.

As there are very good contacts between the Dutch and American families. For many times, there is American family visit us to Mierlo and Helmond.

But meanwhile, we also made reference to visit family in America. In short, even in the Americas were interested families to their “roots”.

These contacts are fine that has reached more than 20 years. Every family here, in America, or anywhere in the world, back to be able to look into their family history, I have it on the Internet. I hope that this can do everyone a favour.

I would also greatly appreciate it if you use this tree for completions From:

When ome Hein after his retirement is going intensive search, he came in the archives of Oirschot against our ancestor, in order to marry a doopbewijs had come from his birthplace. To his surprise was our ancestor, however Italy, but the Italian-speaking part of Switzerland, Ticino region. This region heard in the past in Italy.

During his research, he had a lot of help from Peter Timmermans ,Jan Poell. From them he received documents from Pollegio (Switzerland) where our ancestor was born as Steffano (Stefano) Innocente, the eldest son of Steffano Romanesco and Maria Agata Imperadore.

In the Netherlands, Stefano registered as Stephen. How Stephen came here, he could not find, nor exactly what year that was.

Stephen was born in 1766 and married in 1794 in Best. Here they get eight children, six of which are still alive. Stephen is glass of Appeal later he still painter, and in old age shoe maker in Schijndel, one of the two sons who live there as clog-makers.

A son of Stephen, Josephus, emigrated to America in 1854 and soon enough changed the name Romenesko, all typing errors of officials at the time.

Over the years, the number of times a Romanesco name misspelled.

In those days there was a new Pastor Pollegio come in, and who knew the names of the people is not well

Romenesko 452 pers. ( but there are more, I hope, I become more family members )

The latter branch, lives in America and is by far the largest.

This tree, you will find all the descendants of the tribe to which you belong. You also find all the documents he has been able to return. (And that’svery much.) These documents are still not all on the Internet, but are weekly new.

We have so far only one foreign Romonesco found. Those lives in Geneva and we have found him with the question, how that person came to his name and what turned out?

It was a Romanian, and his flight from his country had a different name he should choose, and he chose Alexandru Romonesco. Purely coincidence, therefore, he had a family tree of his family (Copy & Photo of Alexadru are in my possession, and put it still in the doc. In the tree) and he stamde from the Roman. His father was taken prisoner after his flight and was slain.

Since he was during our conversation still quite emotional.

He still had another Romonesco never met, seen or heard, but he still had a daughter Alexandra So far there are two Romonesco `s, which is not part of the family.

But we continue tracking, and we hope for everyone’s cooperation to that effect an e-mail if someone find something with our name, and is not yet in our family tree.

Reporting can be through: e- mail peter@.romanesco.eu

Have fun exploring our family tree!